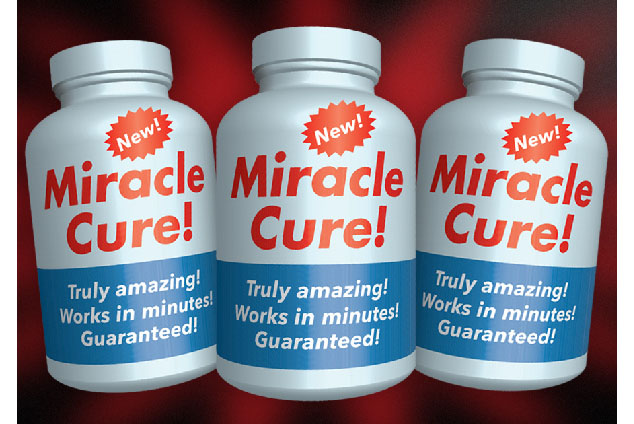 Do we finally have a natural cancer cure? It looks that way. We only needed nearly 50 years for President Richard Nixon’s declaration of the War on Cancer to get to this point. Patients and cancer researchers alike are going to be surprised. Although the cure seems facetious, it is perfectly modeled after standard mainstream treatments.

Two things to keep uppermost in your mind as you read about this new miracle, all natural cancer cure:

1) My tongue is placed firmly in my cheek.
2) The explanation is stolen, almost word for word, from Doberman Dan’s essay here: Cancer Cure with a Ball Peen Hammer.

Sure, I could have written an essay like this. Dan said it so well that I saw no need to do so. Besides, I’m too lazy.

I did add some commentary at the end, though, just to put this “cure” in perspective.

You can cure many forms of cancer with a ball peen hammer.

Here’s what you do…

After running really expensive (and often inconclusive) diagnostics that show a person may have cancer… you go out and buy a brand new ball peen hammer. (This only works with a NEW hammer… a used one won’t work.)

Then you whack the patient on the head… really hard.

If the second round of treatments doesn’t work, guess what you do next…

You go buy another new ball peen hammer, whack the patient on the head even harder… but this time you hit them multiple times.

Now it may appear that you are using a very dangerous weapon on them, causing them grave irreparable damage… AND the cancer is getting worse… but that’s simply not the case.

Because, you see, I have multiple studies from universities, government agencies and independent labs that confirm this ball peen hammer therapy is the very best treatment option we currently have for cancer.

I OWN the sole manufacturing
facility for ball peen hammers!

But really… that has nothing to do with this new-found, highly effective cancer treatment. It’s just pure coincidence, I assure you.

And I believe soooooo much in my ball peen hammer cancer treatment… I unselfishly funded all the studies that show its effectiveness.

Yup! Ain’t I a good guy to invest my own money in that “research.”

AND I’m such a believer in this therapy, I’m also subsidizing the AMDWUBPHIACT… the Association of Medical Doctors Who Use Ball Peen Hammers In The Advancement of Cancer Therapy.

And coincidentally, that association controls the curriculum of all the medical schools in this country… so ALL of our present and future doctors will be trained in the use of this wonderful and effective therapy.

Now, it hasn’t exactly been a walk in the park to spread the good news amongst cancer patients and the doctors who treat them.

Oh no. I’ve had plenty of problems to deal with.

The first being getting a treatment approved that causes so much irreversible damage to the patient. I mean, after all… that fact is painfully obvious (pun intended) to any semi-intelligent, rational person who can analyze the facts and think for themselves.

Hell, all you need to do is speak with some patients who have been forced to endure multiple exposures to the ball peen hammer cancer treatment.

Such a minuscule amount are “cured” it doesn’t even amount to ANY statistical significance. Yet 100% are damaged for life. They will NEVER fully recover from the treatment.

Actually, if the truth be told… almost all of them die from the treatment.

“Tsk, tsk. That damn cancer. It’s a shame they didn’t get to that poor bastard in time with the ball peen hammer treatment. They could have saved him.

Nope. It’s exactly what I expected.

Now initially I thought my cancer treatment NOT curing cancer, causing permanent harm and death to the patient would be a problem. But it turned out to be not much of a problem at all.

See, there really are very, very few rational people who can think for themselves. The rest can be quickly and easily manipulated into believing what I want them to believe.

That’s a piece of cake with the skillful use of a little propaganda. (Thank you, Eddie Bernays!)

And since almost everybody has been conditioned to get their information from the mainstream media, I only had to cross a few carefully selected palms with a few pieces of silver to get those guys to say what I needed said.

Problem #2 was a little
more challenging…

It turns out there are some cancer therapies that really work.

Can you believe that?

Yeah, and even better… they cause absolutely NO harm to the patient.

These therapies have been around for over 100 years, proven time and time again. Hell, one of the doctors even testified in front of congress about his results. (Interestingly, that testimony has been deleted from the congressional record.)

These therapies are INCREDIBLY effective. Decades of medical records to back it up. And NOTHING is harmful to the patient.

Now my ball peen hammer therapy, in comparison, has less than a .25% chance of success… and in ALL cases seriously harms and usually KILLS the patient.

That is a BIG problem for me.

I mean, how can I keep selling millions of my ridiculously expensive ball peen hammers if people find out the truth?

Oops! Uh… I mean… how can I help all these poor, sick patients with my “clinically proven” and highly effective ball peen hammer therapy? They should be kept away from all those “quack treatments” that heal and don’t kill.

A sick person should have no freedom of choice in their cancer treatment! MY treatment is the best option. I know because all those companies, universities, labs and smart people in white coats (who I paid to say so) confirm it’s the best treatment option.

Hmmmm… this problem is a bit more perplexing to me.

I’m going to bring our
“public servants” on board with me!

I’ll get them to also say it’s the best treatment option. I just need to give up a few more pieces of silver to get them on my side.

But that’s no big deal. I’m making a fortune selling my high-priced ball peen hammers. And I’ll make even MORE when I have these flunky politicians in my pocket.

Once I own the public servants, I’ll give them some more silver to outlaw all those safe and effective treatments.

Heck, I’ll even pay them to set up a very powerful pseudo-military agency (that doesn’t follow rule of law) to enforce these new cancer treatment restrictions.

Any doctor using any other cancer therapy will be stripped of his license, publicly humiliated, labeled a quack, tarred and feathered and run out of the country.

If even that is not enough to dissuade him… we’ll simply kill him.

“Won’t we have to make it look like an accident so we don’t arouse suspicion?”, you ask.

You see, most people are now so completely conditioned and unable to see the truth… even when it’s staring them in the face… we won’t have to worry about it. (Again… thank you, Eddie Bernays. You’re my hero.)

Actually, we only need to make an example of a few doctors. That will scare all the others half to death. This way they will never, ever even consider any other therapy not approved by me.

And all those suckers… er, I mean poor cancer patients… will only have one option…

Does This Sound Familiar?

If you or your family or friends have actually experienced something like this natural cancer cure, then the summary below should sound familiar.

Here are the basic steps.

After all, any treatment outside the approved Big 3 has to be quackery, right?

Notice Anything About This Natural Cancer Cure?

Read between the lines of this story and you might notice your BS detector sounding off. Just start by considering that the “medical business” is populated by public companies. They are beholden to the bottom line for their shareholders. Hospitals, drug companies, instrument manufacturers all depend on profit.

Nothing wrong with capitalism here. It is just that approved cancer treatments are mostly monumental failures.

Profiting from them is just plain wrong.

What Can You Do?

As always, my starting point is: THINK FOR YOURSELF!

Of course, good information helps. I like to think my Boomer Health Reports give you that.

Now, if you have your BS detector working well, you will also be able to decide whether my reports are full of it. After all, it’s up to you to find out what is best for your health. Don’t give up that responsibility to me or anyone else.