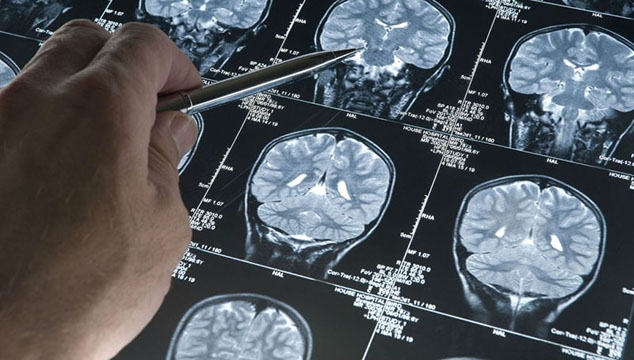 Alzheimer’s disease research hasn’t discovered a useful treatment yet. AD has been studied for more than a century. A valid question is: why so much failure for so long?

Equally important, how can science do better?

All the world is a critic. It’s easy to point out the flaws in Alzheimer’s disease research. They are monumental.

The tougher challenge is pointing out where it could do better.

This post does both. Let’s take a brief look at the current status of research and some suggestions for newer, better directions.

A Century’s Worth of Research

Dr. Alois Alzheimer reported his first case in 1906. The first journal article on the disease appeared in 1913 (1). Like Alzheimer’s report, it was a case history of a single patient. Since then nearly 152,000 articles have been published on AD in professional journals (2).

Yet we still have no cure.

More to the point, according to AD specialist Dr. Dale Bredeson:

#245, memantine, was approved even though it provides only modest benefits.

This isn’t an inspiring track record.

More recently, yet another special issue of Time Magazine was dedicated to AD (4). This issue devoted an entire 16-page section subtitled, Hope.

Hope us powerful. It makes life better in too many ways to recount here.

Let’s take a look at what this section offers among the three chapters (and one infographic) on Alzheimer’s disease in that issue of Time Magazine.

Subtitled: A radical new approach to treating the fearful disease is showing promise.

The star of this section is a drug currently referred to as LM11A-31, created by Dr. Richard Longo of the Stanford University School of Medicine.

How does this drug work? Its biological activity is summarized as:

Why is it referred to as a radical new approach? Because it boosts brain cell health. Technically, it does so by preventing and reversing the loss of nerve cell connections (neurites) in the hippocampus. (That’s right where you want it.)

Conceptually, this seems like a great approach. As such, it’s a johnny-come-lately relative to where AD treatment should have started more than a century ago!

This isn’t radical at all. It’s just plain common sense.

Even though it’s sensible, the approach has a few ginormous (yes, that is a real word) flaws.

First off, it focuses on drug development. Insanity redux.

Secondly, it is only effective in mice. Mice!

Dr. Longo is even quoted in the Time issue as follows:

“My biggest frustration is that we’ve cured Alzheimer’s in mice many times. Why can’t we move that success to people?”

As one of my former colleagues once said, regarding research on lab animals: Applying such work to humans is like taking a leap of faith equivalent to jumping over the Grand Canyon.

No surprise there. Mice are nocturnal (humans are diurnal). They make huge amounts of their own vitamin C (humans don’t make any). They live entirely indoor in laboratories, fed only processed foods. Different strains are selected for their responsiveness to drug treatments. The list goes on.

If this is the best new (“radical”) approach to finding treatments for AD, it has a long ways to go.

The best thing that I can say about this research direction is that it doesn’t focus on issues around amyloid beta plaque buildup or tau protein entanglements. Most AD drug research is a futile hunt for how to prevent or remove these proteins in the brain. These supposed “causes” of AD are now in doubt (6).

During the past half-decade, researchers have developed new forms of positive emission tomography (PET) scans that allow doctors to peer inside the brains of patients. These imaging techniques, along with recently developed spinal-fluid analysis and blood-based biomarkeer tests, help experts spot and diagnose Alzheimer’s early – in some cases long before symptoms emerge.

Early detection of any disease is wonderful. What these tests do, however, is provide symptom-level indicators. Their use is based on the assumption that such indicators do, indeed, represent the actual disease.

Some researchers are already doubting the amyloid/tau hypothesis, so detecting these proteins may not indicate anything. Indeed, up to 30 percent of those diagnosed with amyloid beta plaque buildup never develop AD.

Moreover, PET scans are super expensive and not yet covered by Medicare or private health plans. Complete evaluations also often include CT scans. CT scans are more likely to be covered by insurance. However, they up the dosages of radiation that patients are exposed to. Where might such radiation do the most damage? The brain!

In addition, PET scans depend on a radioactive tracer containing the radioisotope of fluorine (fluorine-18). Even non-radioactive fluorine is so toxic that it deserves a separate post at a later time. Stay tuned!

At the moment, the best diagnostic test for AD is post-mortem brain tissue analysis. A little late, don’t you think?

Detection technology has a long way to go.

Failure to develop truly appropriate diagnostic tools (after more than a century of research!), makes this quote from Dr. Zaldy Tan, Director of the Alzheimer’s and Dementia Care Program at UCLA, especially disappointing:

I believe in the future – hopefully the near future – we will have identified reliable risk factors and biomarkers for Alzheimer’s.

The fact that researchers are still hunting for reliable risk factors does not bode well. What…are the current risk factors unreliable?

This section is loaded with a myriad of “woulda, coulda, shouldas” about potential causes of AD. They all sound logical. The suspects covered in most detail include:

Regarding the latter, AD is increasingly being referred to as “Type 3” diabetes (7). As you can expect, this view now guides research to develop new drugs that act as insulin sensitizer agents for the brain.

Yes…still more drugs! (Are you starting to get the picture on Alzheimer’s research yet?)

I’m tempted to call this The Vampire Treatment Protocol.

The final section in this chapter points to studies showing the health benefits of young blood. In humans, infusions from young donors into patients with mild to moderate forms of AD boosted the patients’ abilities to live independently. Regrettably, potential changes in other symptoms of AD (e.g., cognitive functions) were not measured.

So far nobody knows why this works. It just works.

Of course, more results are available from mouse studies than from human studies.

One possible drawback of this treatment, if the mouse studies are predictive, is that trading blood between younger and older mice harms the young ones. They can actually develop signs of “older” metabolism and age-related diseases (8).

This may sound like science fiction at this point. Nevertheless, the benefits of newly acquired young blood are starting to add up.

The research is so promising that we Baby Boomers may want to be sure we have some really good friends and/or relatives who can provide “young” blood when we need it.

The final page in this special issue is an infographic – a single image of people lined up to participate in one of the many annual walks to end Alzheimer’s. Depending on which organization is talking, you will see different months for different aspects of generating awareness. June, September, and November are the most common of them.

Disease awareness months abound for all manner of diseases. They serve as social support groups and fundraising organizations for whatever the target disease is.

Social connections are beneficial to all of humanity. That’s the main power of these AD (and other) organizations. As far as fundraising for research, though, that depends on what the purposes and the directions of the research might be.

So far that aspect of such efforts has been a major failure.

All research should immediately make sense for human biology. Studying disease pathogenesis in light of how humans evolved over the past 500,000 years seems like a no-brainer.

Drugs, surgery, gene therapy, etc., all fail to fulfill this criterion. This is where mainstream medicine has made its bed regarding AD.

What do I mean by making sense for human biology? Let’s take a look at just two examples.

The first involves circadian rhythms. These are the 24-hour day-night cycles that govern every aspect of human physiology.

Yet, understanding the influence of circadian biology on the development of AD seems inexplicably novel to science (9).

We are just starting to see some research on this topic (10). Unfortunately, it’s still viewed as a “new” concept.

This is basic human biology!

The second example is the sunshine of your life.

Sunshine is (mostly) the only source of energy for all of Earth.

Indeed, the “sunshine vitamin” (i.e., vitamin D) is only synthesized in skin that is exposed to ultraviolet B light (UVB). This vitamin, which is really a hormone, regulates thousands of reactions in our bodies.

In the brain it inhibits the buildup of amyloid beta and slows down the onset of Alzheimer’s disease.

This example is one of a multitude of benefits from exposure to sunshine. It has become a complex topic, so I won’t go into details here. It will be a focus of one of my Boomer Health Reports later this year.

I’ll just say for now that this is clearly a fruitful direction for AD research.

Oh, and by the way, dietary or supplemental vitamin D3 is not the same as what we can make in our skin. The “real” thing provides a much broader set of benefits. Its only source is from your skin, in the presence of sunshine.